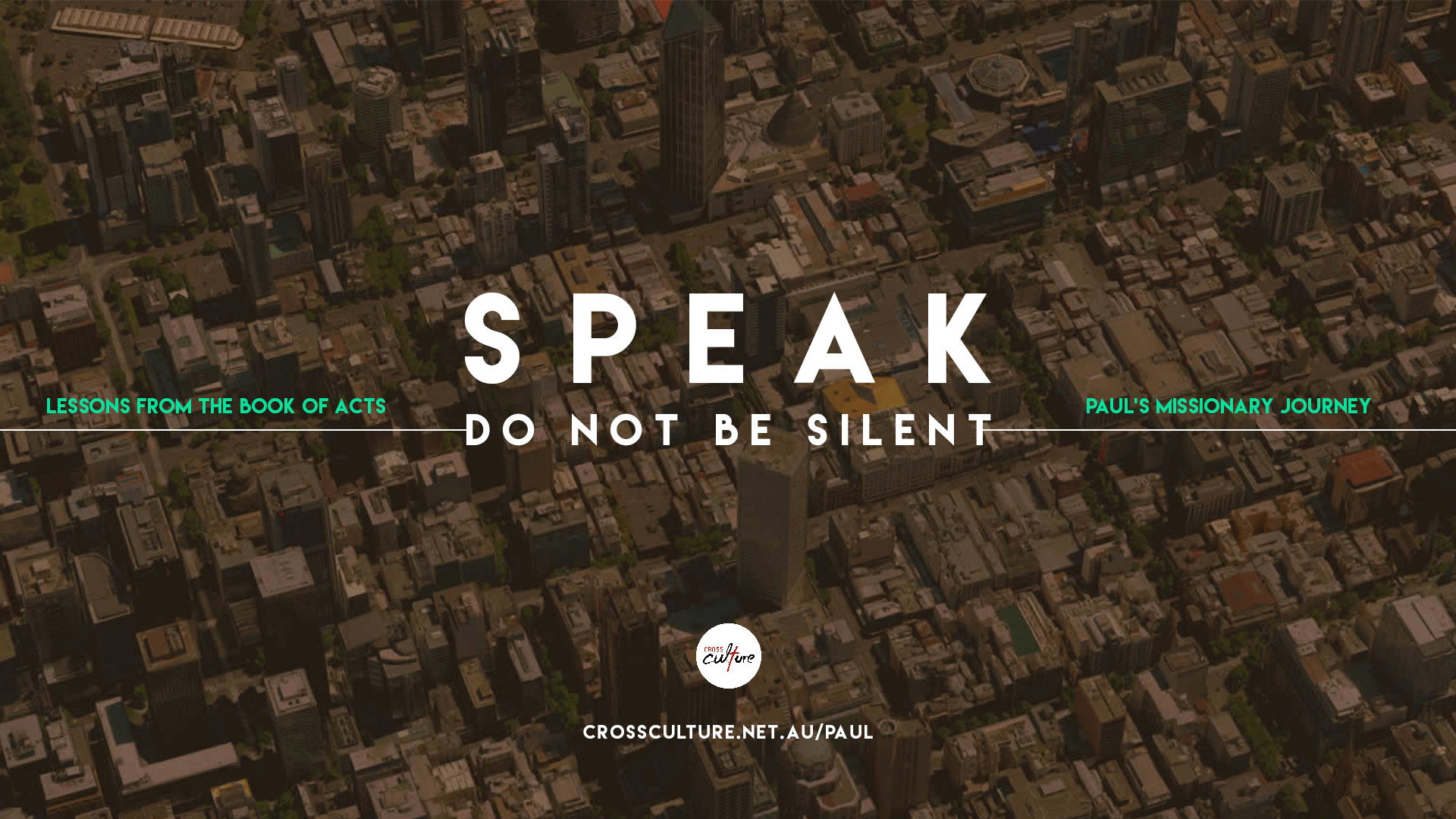 Speak! Do not be silent!

As a comedian and atheist, Penn Jillette is pretty well-known for his foul mouth and advocacy of atheism. In one of his comedy gig, however, Jillette talks about a time that a man gave him a Bible after one of his shows. Jillette talks of how this man was kind and complimentary as he looked Jillette in the eyes and handed him a copy of the New Testament. The encounter did not change Jillette’s mind about the existence of God. However, this prompted him to make his most profound statement.

“How much do you have to HATE somebody to believe everlasting life is possible and not tell them that?”

We begin a new series titled “Speak! Do not be silent!” not because Christians do not know the importance of evangelism. Chances are you know and you want to speak. But most of the time, we don’t know how to and/or we are afraid.

In this series, we trace Paul’s missionary journeys in order to learn how Paul proclaim Christ and contextualise the gospel to different groups of people. We hope that we will not just gain courage and conviction, but we will also be equipped to actually share the gospel.

We begin today by looking at Paul’s conversion. We shall learn that no one is beyond salvation and that every believer is commissioned by God to proclaim Christ.